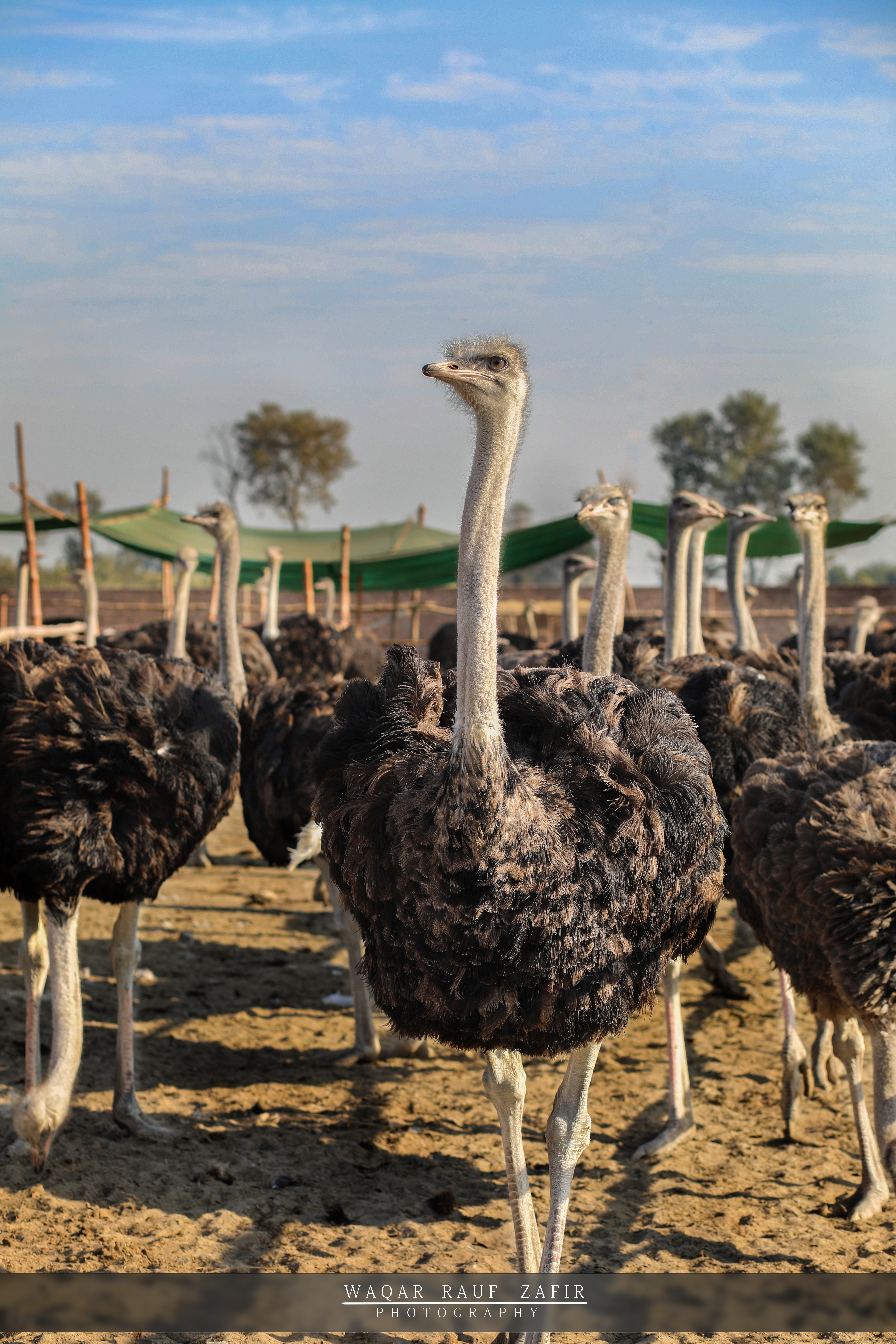 Now a days we prefer foods that delivers more nutrient in less calories. A healthy balanced diet includes a variety of vitamins, minerals, proteins, fats and carbohydrates sources. For a good health throughout life, human must covers high biological value protein and significant micronutrients.Ostrich is a bird but different from all other birds, they have red meat instead of white. Ostrich muscles are mostly slow-twitch kind, and slow twitch muscles is red meat, it tastes much like beef but it lowers in fats, cholesterol and calories than beef.Beef on the other hand also known as red meat, it is packed with high nutritional values and contains many vital amino acids, fats, minerals and vitamins. Lean beef provides an brilliant amount of iron, which can absorb more easily.

Meat in human diet is contemplated as  an important source of protein and minerals. Examining ostrich meat for minerals profile favors this red meat as a useful for people seeking a healthy lifestyle. Phosphorus, manganese and iron are high in ostrich meat and sodium content is lower in ostrich meat than beef. Per 100gms of Ostrich meat contains 213 mg phosphorus whereas beef contains 180mg /100g. Manganese is reported to be 0.06 mg/100 gm of meat in ostrich, compared with 0.04 mg /100g of meat of beef. In addition, the iron content in ostrich meat is considered to be highest than all other meat sources i.e. (2.3mg/100g) whereas beef contains (2.1 mg of iron per 100g), making it useful for anemic patients as well as for pregnant women. The sodium content in ostrich meat is 43mg/100 g compared with 63mg/100g for beef, which makes ostrich meat useful source of meat for patients with hypertension or people who consume a low sodium diet. (Majewska et al,2009) ostrich meat provides 6.3ug /100g of vitamin B12 whereas beef provides 2.6ug/100g of vitamin B12. Calcium and vitamin D percentage is more in beef than ostrich meat. Zinc levels of raw ostrich meat varies between different cuts, 3.1 mg/100 g zinc present in leg meat. However zinc concentration in beef is little bit higher 4.09 mg/100g.
The water percentage between both meats is significantly same.

Another important factor found in meat is vitamin E, content of vitamin E is highest in ostrich meat (9.1 mg/100g), than beef (6.2mg/100g). Ostrich meat provide 142 kcals per 100 g whereas beef provides 209 kcals per 100g  ,Ostrich meat has a beneficial PUFA/SFA ratio also the omega-6 and omega-3 ratio is usually on the level commended by WHO. Since omega-3 fatty acids reduces incidence of coronary disease and are essential in growth and development.

The ostrich meat and beef meat contains more protein, fat, minerals. Whereas beef contains significantly less protein and minerals and more percentage of fats than ostrich meat. Whether it is essential or non-essential amino acids content in ostrich meat is similar to beef. Ostrich meat is naturally improved meat because of its low content of intra muscular fat. This type of meat is recommended for people who are overweight and suffering from coronary heart diseases.

It can take into deliberation that Ostrich meat can considered as an alternate to beef because of its good fatty acid profile, low intramuscular fat content, and high in polyunsaturated fatty acids contents, low cholesterol content compared with beef. Lower sodium and higher iron content making it a good choice for anemic and hypertensive patients.

Other health paybacks of ostrich meat arise from the fact that ostriches are usually raised without antibiotic and hormones that could potentially increase the risk of cancer and other health problems. Ostrich meat is now known as an important product of high nutritional and dietetic values making them important part of nutrition.

According to the nutritional facts the beef contains knowingly less protein and minerals and more fats, zinc, vitamin D and calcium than ostrich meat. Ostrich meat can be referred as healthy food rich in protein with low fats and low calories thus representing a good alternative of beef, a high class product.

Now in Pakistan ostrich meat is also getting very popular and people are making their minds to use this meat in order to improve their health, there is number of opportunities for farmers to establish good ostrich farms, this is how it will fulfill the need of meat in Pakistan.