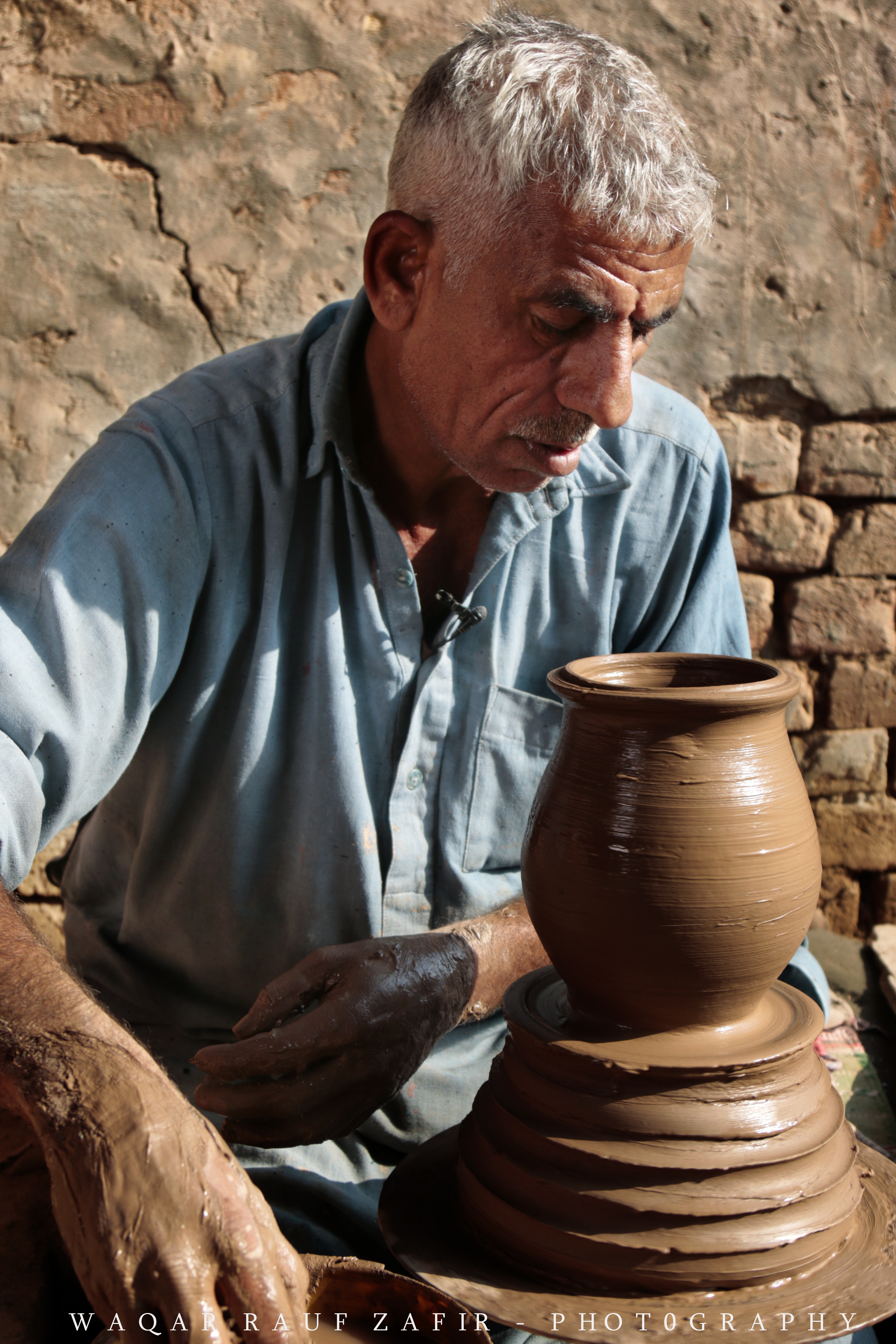 pottery making  is a very big art in Pakistani culture.as Pakistan has very rich culture inside it so  this pottery making is a part of it.Actually Pottery making has its own very long history which can not be defined in a single page.if we talk about the old civilization of Harappa and Mohenjo-daro, we will become to know that this pottery was very essential part of their livings.more clearly the “clay” is the most important part of our lives.the relationship between clay and human beings has been coming along for thousands of years and it will remain till the end.the human beings themselves are created with clay and that why man has found it’s attraction in clay and started using it in his daily life.clay pots are being made for a long long time.Though bricks are also being made but we will talk about the art of “Pottery Making”.

In Pakistan Gujrat District is well known for its pottery art but in whole Pakistan this art can be found easily.as we are going through very progressed days so this art is now having it’s last breaths. there was a time when there are a lot men who were making different types  of pots and were getting their earnings as well and these hunarmand men were called “Kumhaar”.but seriously now no one likes if someone calls him a kumhaar. people think that its a slang to be called as kumhaar,thats why this art of pottery making is about to die in Pakistan.

I went to district chiniot and met a Kumhaar,his name is Mohammad Younis ,He really is a class act in this regard. He has got magical Hands ,the way he turns a shapeless clay into a beautiful artistic clay pot .truly it’s an art of magic.

In earlier days A round Moving wheel was used for this purpose. this wheel is known as “Chaak”.the man puts some amount of clay and moves it with the power of his leg and here the magic starts.

As i started asking Him about this art, he told me that now a days people are running after Mechanical items or you can say that today’s Stainless steel and glass items as well. there was a time when there were a lot of kumhaar in our region but today the old artists are getting died and no new comer  joins this art because they feel that it’s a bad occupation and they feel ashamed to do it Mr younis was feeling so bad about his own son even that i still do make diff sort of clay pots but my son is interested in plastic or glass typed house items and i know when i will die this art will also  be buried with me and there would be no more in family attached with this art.

Question was asked to him that what sort of clay is essential to make such pots or what is the whole procedure?he was very confident and happy to tell me that a specific soil which is known as “chikni matti “in pakistan,is required .i simply buy a full trolley of that clay and after getting it we put a lot of effort in its cleanliness and make it’s mud which is left for few days .after passing few days the clay is ready to be used in pottery making..!

Mr Younis has both typed of moving wheel “chaak”at his place..the one which is moved with the power of leg and the one which has an electric motor on it.

when clay pots are made on “chaak”they are left for few hours so they get some hardness in it.after that those pots are placed under a good sun light to get fully dryed and harder.and at the end a special chimney is fired for them and they are baked very well…it takes almost two days that pots get baked slowly and this is how clay completes it’s traveling.

Believe me or not when i was standing and looking his work. He was talking to me as well and in those few minutes he made many diff sort and types of clay pots. He was so perfect in his own work and was working like a machine .when i asked him that what is your specialty in pottery making ?he smiled and said to me that i don’t have any…i am not perfect in this art, though I’ve been doing this work for last 40 days but still I am a student ,each and every day i learn new things and it will be continued till the last day of my life.so really  was something special and unique  from him that he is a true lover of a traditional art and a bright star of ‘Hunarmand Pakistan” 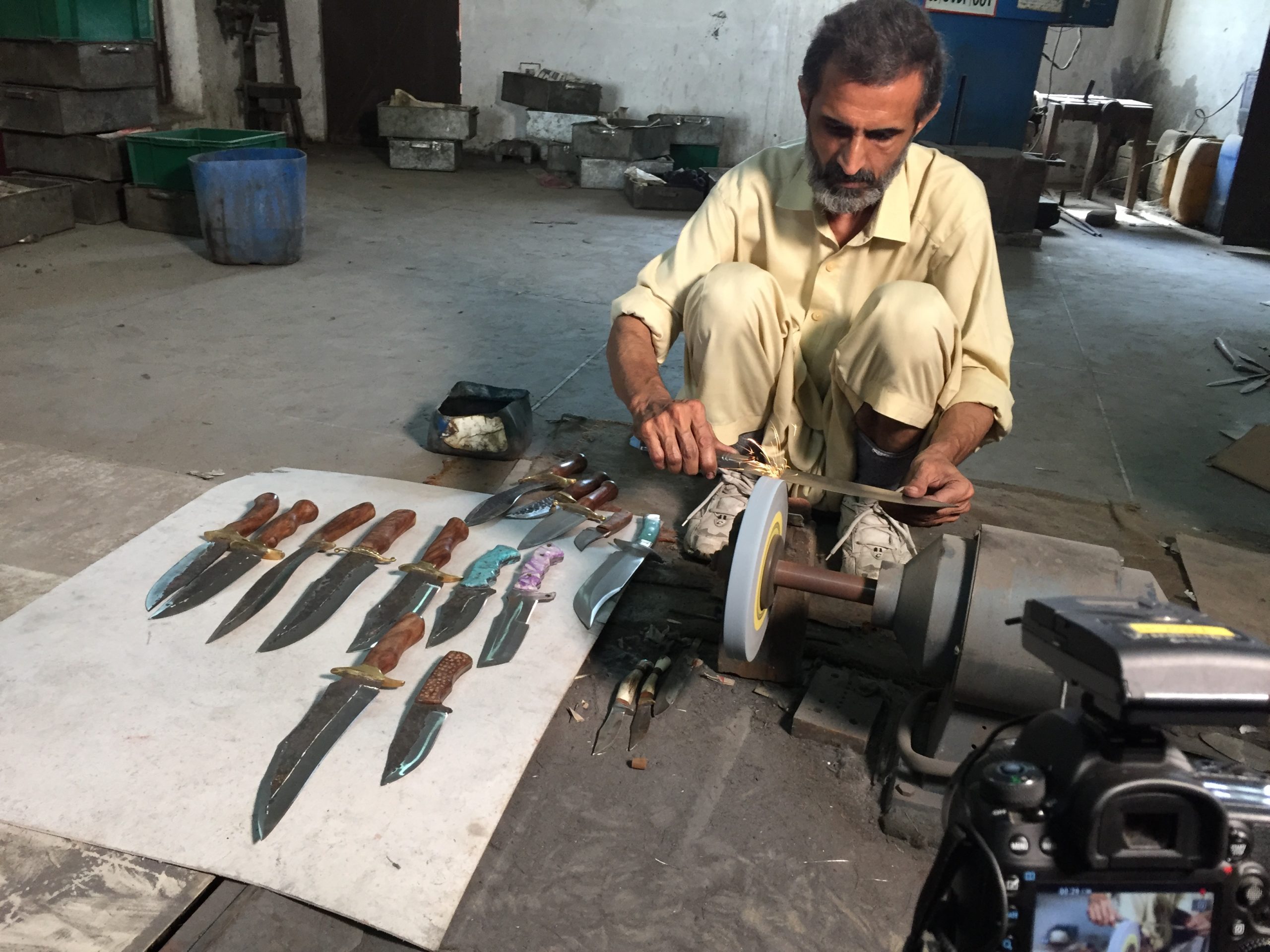 knife and sword making in Wazirabad. 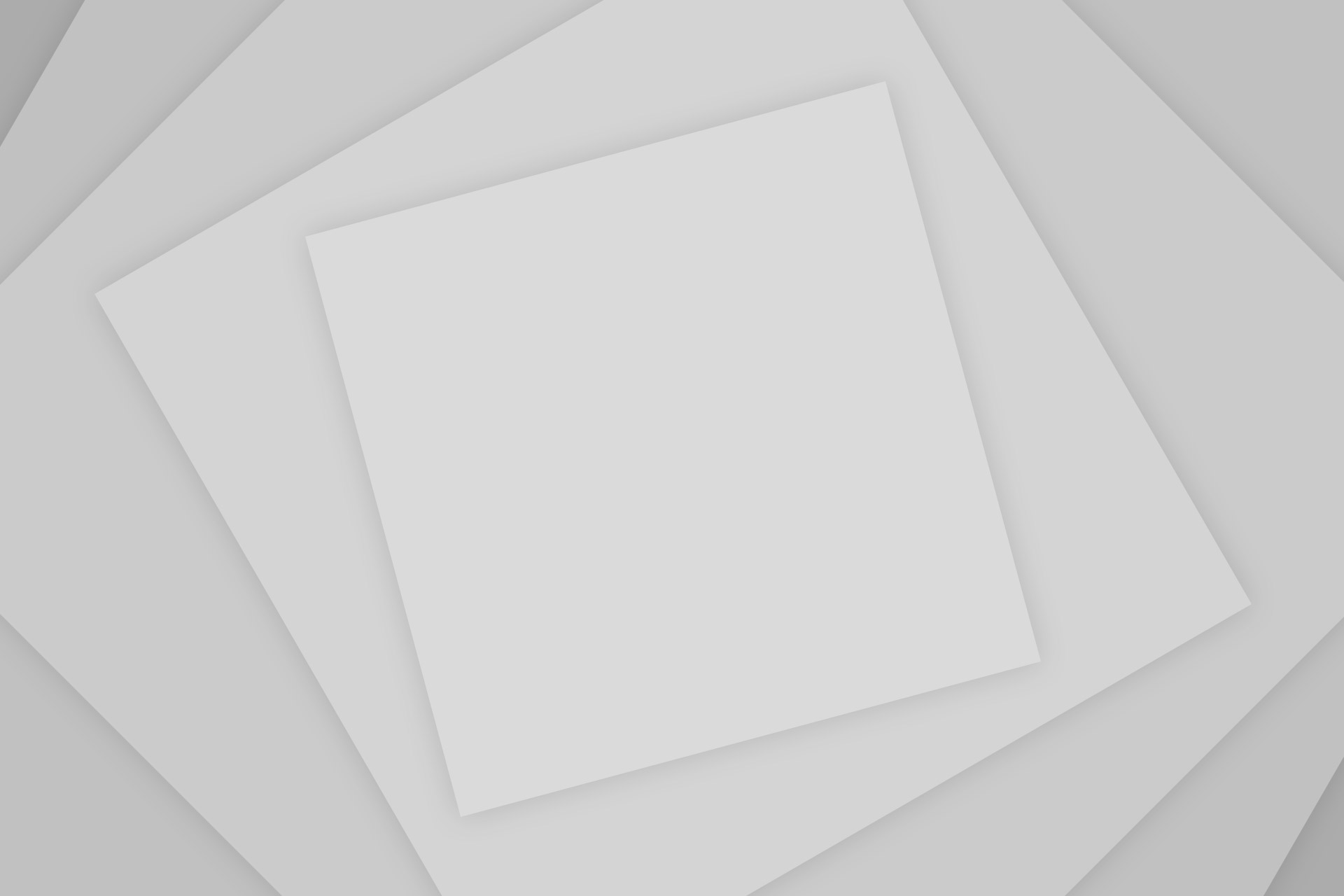 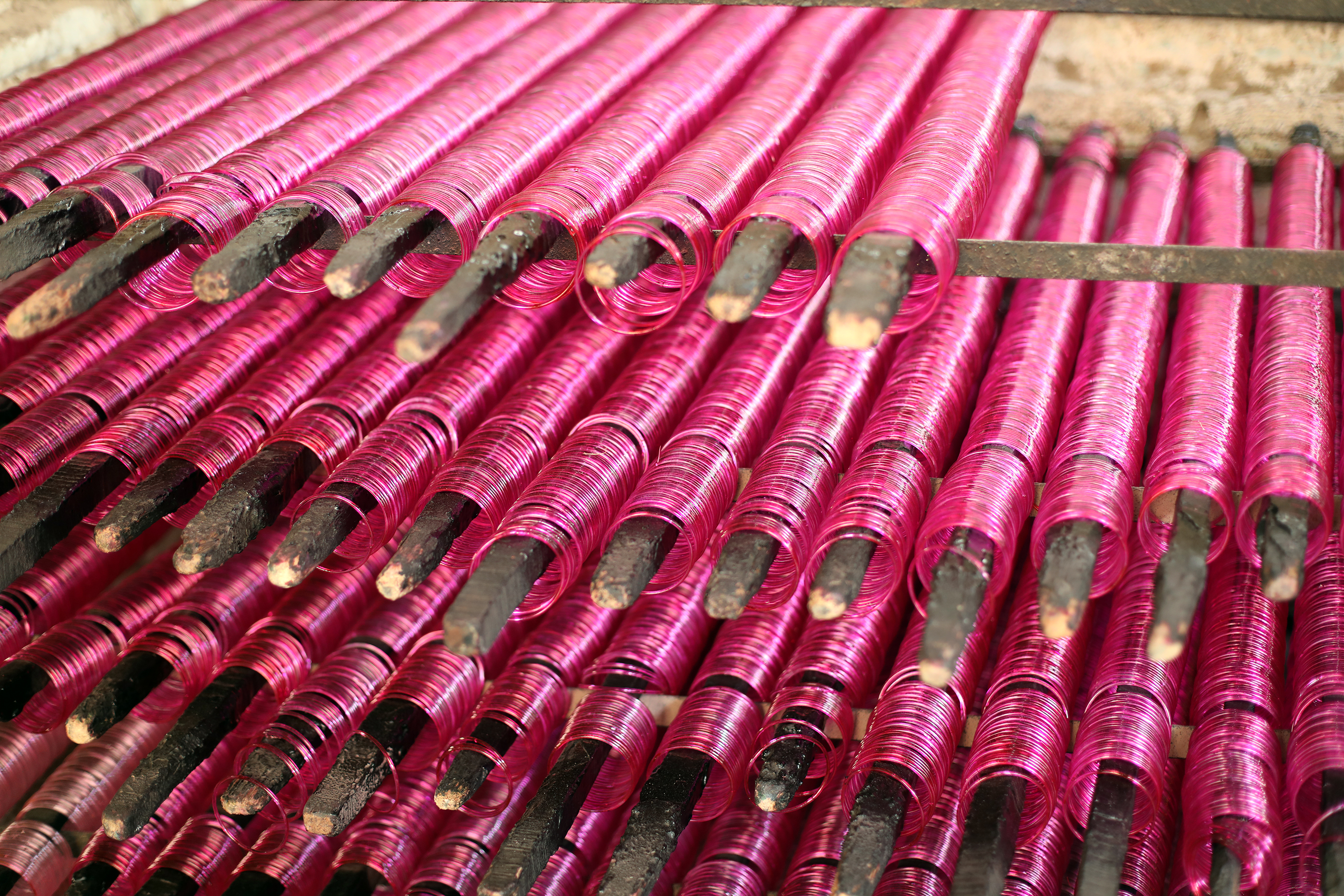 The Bangles Art of Hyderabad