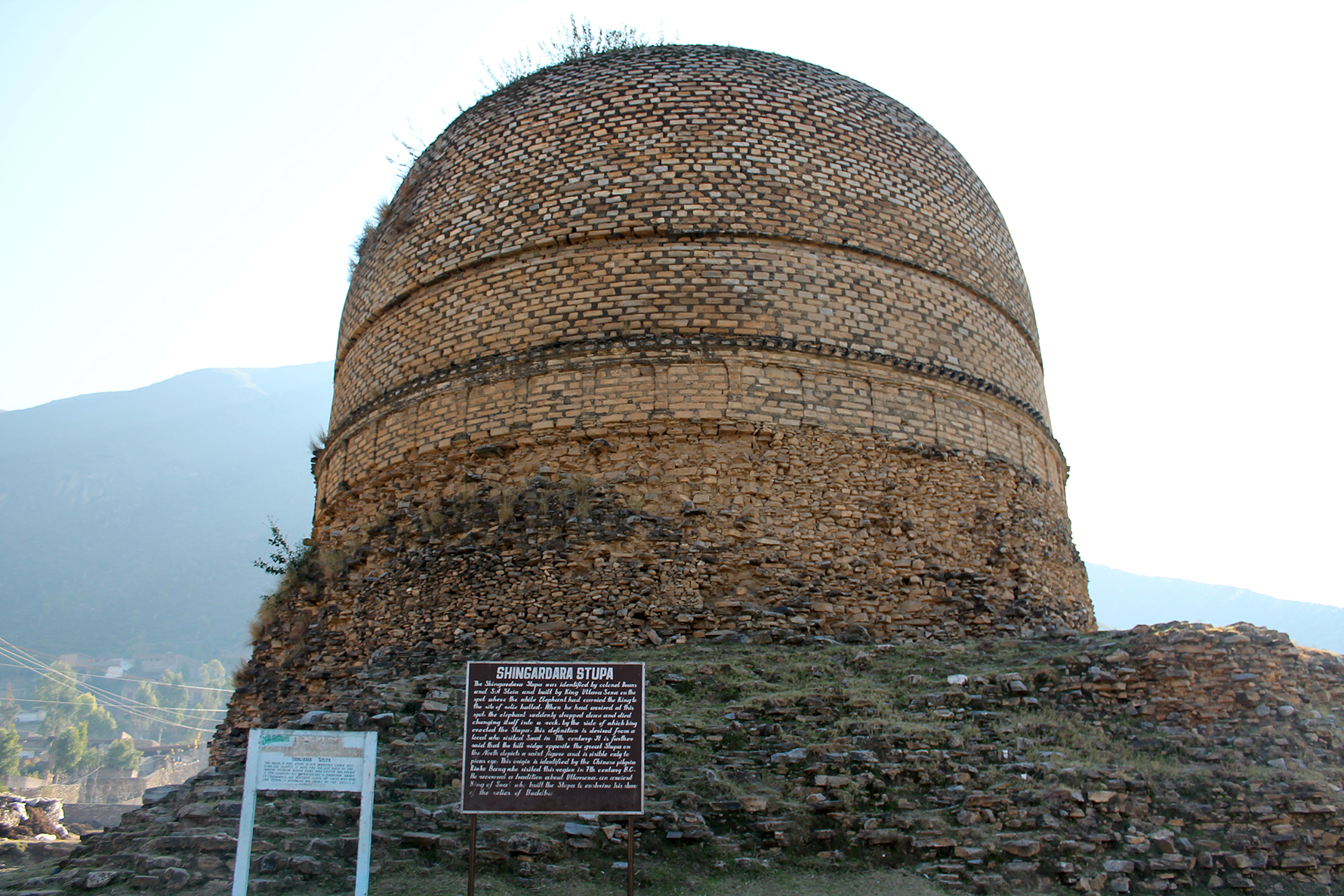 before writing something about Shingardara stupa I would like to mention that the country which is today identified as Pakistan once had a large Buddhist people, with the common of people in Gandhara (present day North Western Pakistan and Eastern Afghanistan) being Buddhist. Gandhara was largely Mahayana Buddhist, and was also a stronghold of Vajrayana Buddhism. The SWAT Valley, known in ancient times as Uddiyana, was a kingdom branch to Gandhara. There are many archaeological sites from the Buddhist era in Swat.Actually stupas are the dome-shaped building established as a Buddhist shrine.it is also said that after the demise of Gotham Buddha, His bones were put and stupas were constructed on these bones. It was done according to the wish of Gotham Buddha. Basically four stupas were made in the four corners of world. 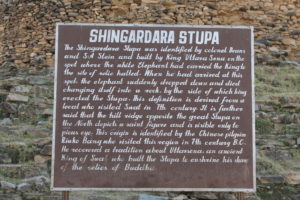 When I visited this stupa barikot was the my residential spot so I had to move here and there to visit different places.from barikot it takes some 30-40 minutes to drive to a village called “Nimogram”. Nimogram is famous for its monastery on the top of a hill viewing the whole area. Three main stupas with numerous other ones are also found here. The archeological sites of swat recover the Buddhist period of swat.

The lush-green valley of Swat, with its rushing fast-moving water, icy-cold lakes, fruit-laden plantations, and full of flowers slopes is ideal for travelers. It has a rich historical past too. The valley of Swat spreads over 10,360 sq. km at an average elevation of 875 meters.  The highest temperature over there in July is 38 C and minimum (during January) is 1 C. The normal temperature is maximum 21 C and minimum goes to 7 C. The tourist season is continual.

Swat was once the structure of Buddhism of all of its schools Mahayana, Hinayana and Tantrayana, where once 1,400 monasteries flourished.  It was the home of the famous Gandhara School of Sculpture that was an appearance of Greco-Roman form in the local Buddhist tradition.Another beautiful thing which i noticed near this stupa was remarkable peach gardens,though it was not the season for this fruit but these trees were making some strange patterns and loveliness.The people around stupa were having a unique smile and hospitality.everyone was looking so happy as host feel fresh after receiving any guest.