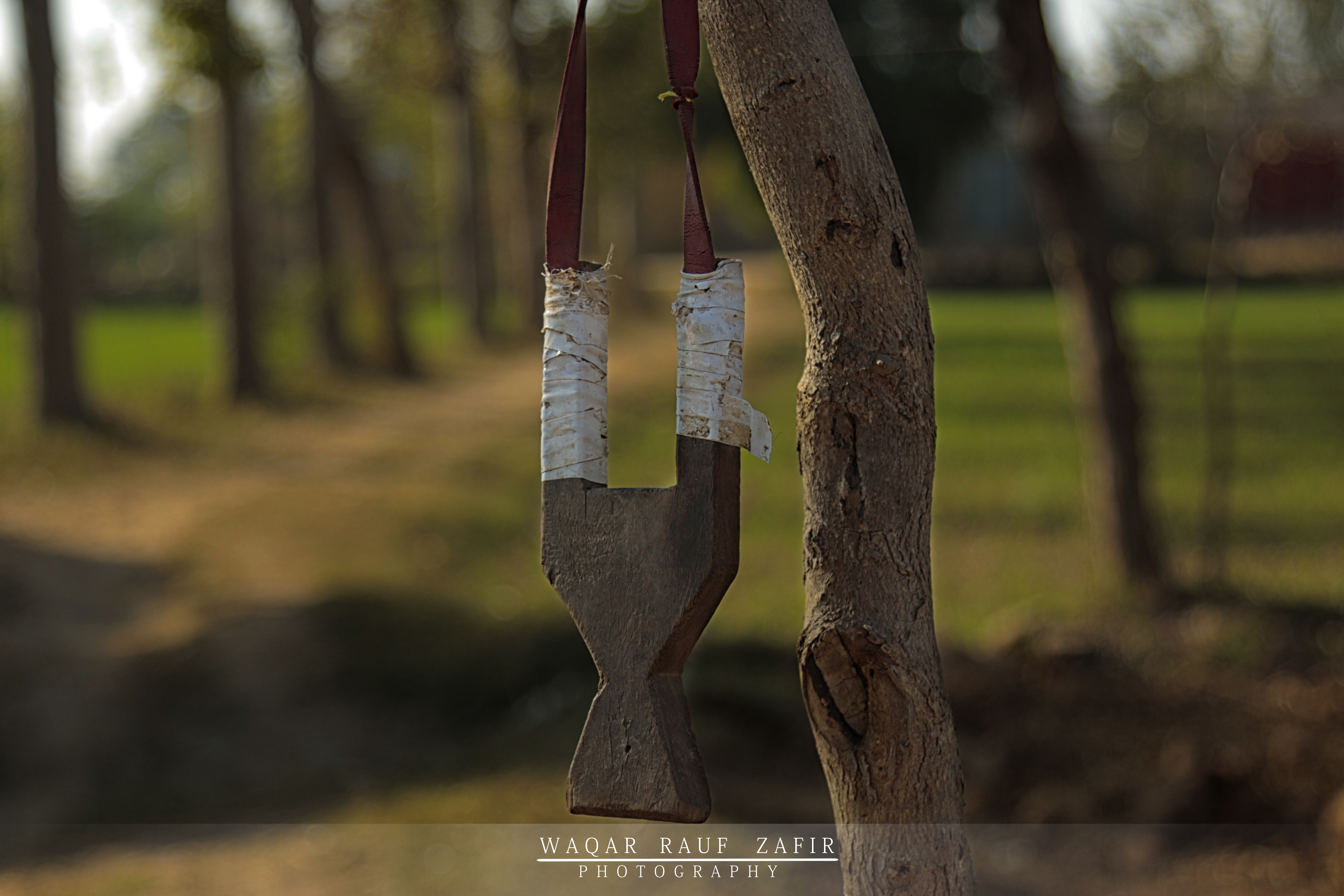 Our beloved country Pakistan has a vital traditions and true cultures.in Pakistan children have different types of games which their lives more beautiful and colorful. Today I will share a traditional tool which is still being used in villages of Pakistan not only for fun rather for a hunting tool as well. This tool is called “Ghulail”in our sub-continent and English people call it “Slingshot”.This is a small hand powered made hunting weapon which is made by wood and it has”Y”Shaped frame.two stretchable  rubbers are strongly fixed uprights. And the other sides of rubber are connected with a small pocket type’s piece of leather or Rubber. This is the place where round shaped balls are placed as bullet. After putting hard small balls in this pockets the elastic rubbers are stretched with great power and released. This power generates some serious power and the ball is hit on target.

The slingshot also has its own history where Englishmen also made it in nineties ‘but im mentioning it as the traditional and culturing tool pf Pakistan.in Pakistan It is found dramatically. The most Beautiful thing of this tool which is connected with the childhood is how to make a Ghulail by own. Children in villages love to make this hunting tool. mostly its frame can be taken from a carpenter if no then you have to pick an axe and roam around the trees and search for a branch of tree which has a y shaped .cut it down and make it a better y shaped frame for Ghulail. Now the basic work has been done.the next steps comes more exciting and a beautiful memories of childhood. I myself used to do so most of the Pakistani children definitely would do it. Go to the cycle store and meet the person who has old tire tubes of  bicycle. Just Look into his trash box where old tubes could be found.request him to give you those rubber made tube.believe me it gives so much happiness when you get it and you feel that you have got a treasure. And that’s the beautiful memories of childhood.

Get a scissors and cut that tube, make two rubber stripped from it and tie it on the frame. And here you go! The cheap and self-made Ghulail is ready. Whether it works properly or not but it always give joy and happiness until its broke down. The last thing which is needed for this tool is the bullets or the balls. Now if you have good enough money in pocket you can buy some sort of steel balls and you have a low budget then you can buy another traditional balls which are themselves are the part of very famous traditional game in Pakistan.im talking abot “kanchay”or “Bantay”a small round shaped balls made of glass. But if you have nothing in your pocket and you want to arrange each and everything of this Ghulail without any cost then you have to make something yourself, it’s the most amazing part of this game.

Just go near any canal and take some good quality clay from it.make wet clay balls and put them under good sun and put them in fire. After few hours these balls would be concerted inti hard and baked balls just like stone. And you ammunition is ready. Just roam around your area. Play with it or if you are well trained you can even kill a bird with it and believe me a good hunter can hunt birds as anyone can do it with air gun etc.

The glee and bliss which is taken from this shooting tool stay in your minds for your entire life and this is how this “Ghulail” has been the part of our culture and tradition for years and its putting enjoyments in the lives of every Pakistani.